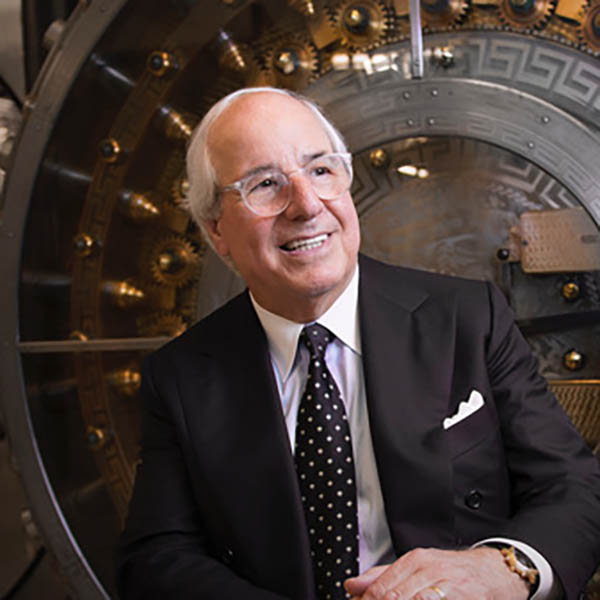 Frank Abagnale is one of the world’s most respected authorities on forgery, embezzlement, and secure documents. For over 40 years he has worked with, advised, and consulted with hundreds of financial institutions, corporations and government agencies around the world. His rare blend of knowledge and expertise began more than 50 years ago when he was known as one of the world’s most famous con men. His riveting story provided the inspiration for Steven Spielberg’s 2002 film, Catch Me If You Can, starring Leonardo DiCaprio as Abagnale and Tom Hanks as the FBI agent fast on his heels. The Tony-Award winning musical, Catch Me If You Can, directed by the legendary Jack O’Brien, opened on Broadway at the Neil Simon Theatre.

“I chose to immortalize him on film because of what he’s done for the country for more than 30 years.” – Steven Spielberg.

Frank has been associated with the FBI for over 40 years. He lectures extensively at the FBI Academy and for the field offices of the Federal Bureau of Investigation. He is a faculty member at the National Advocacy Center (NAC) which is operated by the Department of Justice, Executive Office for United States Attorneys. More than 14,000 financial institutions, corporations and law enforcement agencies use his fraud prevention programs. In 1998, he was selected as a distinguished member of “Pinnacle 400” by CNN Financial News – a select group of 400 people chosen on the basis of great accomplishment and success in their fields. In 2004, he was selected as the spokesperson for the National Association of Insurance Commissioners (NAIC) and the National Cyber Security Alliance (NCSA). He has also written numerous articles and books including The Art of the Steal, The Real U Guide to Identity Theft and Stealing Your Life.

“Abagnale’s lecture may be the best one-man show you will ever see.” – Tom Hanks.

Frank refuses to accept payment for any of his government work. Today, the majority of his income is derived from consulting with major corporate clients such as LexisNexis, Intuit, AARP, and Experian and his public speaking engagements. He has conducted over 3,000 seminars on identity theft, cyber crime and fraud worldwide. Mr. Abagnale works as an advisor to a number of print and technology companies around the world. He spent 20 years as an advisor to the Standard Register Company, creating security features for negotiable instruments, car titles, etc. He spent 10 years as an advisor to the 41st Parameter which developed fraud detection technology, now used in 80 countries around the world and recently purchased by Experian.

In his latest book, Scam Me If You Can: Simple Strategies to Outsmart Today’s Ripoff Artists, Frank continues helping his audience by revealing what the world’s most skilled scammers are up to – and how you can stop them in their tracks.